Music is my passion 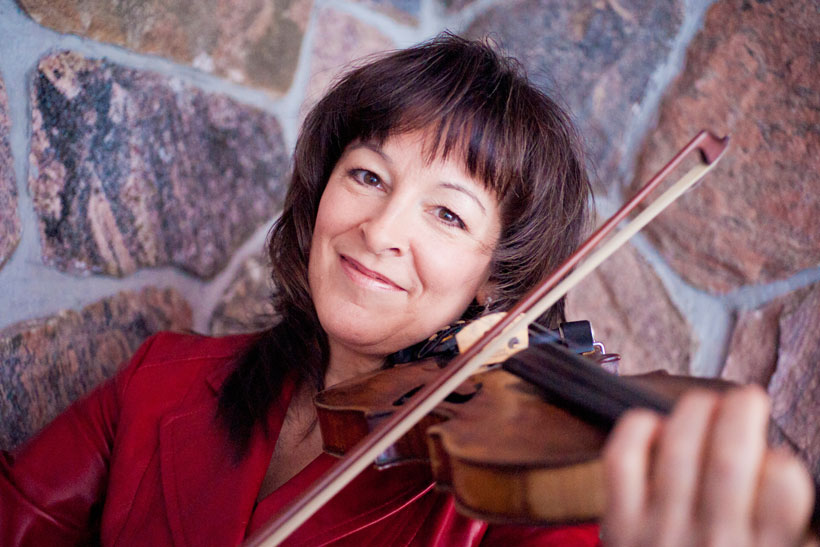 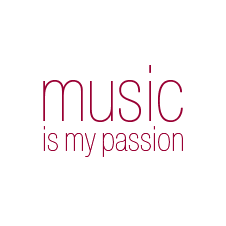 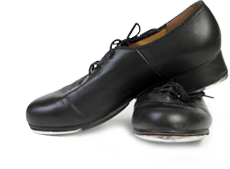 Cindy is a dedicated fiddle and step dance teacher with over 40 years teaching experience.

Cindy's electrifying performances have earned her a reputation as one of Canada's premiere combination fiddle player/step dancers. Cindy performs in her own style, full of spontaneity, fun and musical excellence.

Cindy's life long goal is to preserve traditional music. She has achieved this goal through her teaching, which includes over 40 years of private lessons and also as a fiddle/stepdance instructor at fiddle and folk camps and college campuses. Cindy has also appeared on national radio and television, has performed with Symphony Orchestras, released 3 recordings and has performed at major folk festivals, art exhibitions and special events throughout Canada and the U.S.

Originally from the Ottawa Valley, Cindy comes from a musical family. She started step dancing at the age of six and fiddling when she was twelve. Largely self-taught, Cindy began under the influence of her grandpa, Robert Buck. She knew from a young age fiddle and stepdance was her passion and announced out loud she wanted to be a fiddle player and stepdancer as her career choice.

Cindy wanted to be unique, so she learned how to fiddle and step dance at the same time and developed her unique performing style. In her teens, Thompson criss-crossed the country winning over judges and audience alike. Cindy won Canadian step-dancing championships and numerous fiddle awards; including those at the North American Fiddle Contests in Shelburne, Ontario.

Wherever she goes, Cindy's fun, enthusiastic approach builds an amazing rapport with her audience. Cindy’s passion for traditional music shows every time she performs or picks up her fiddle. 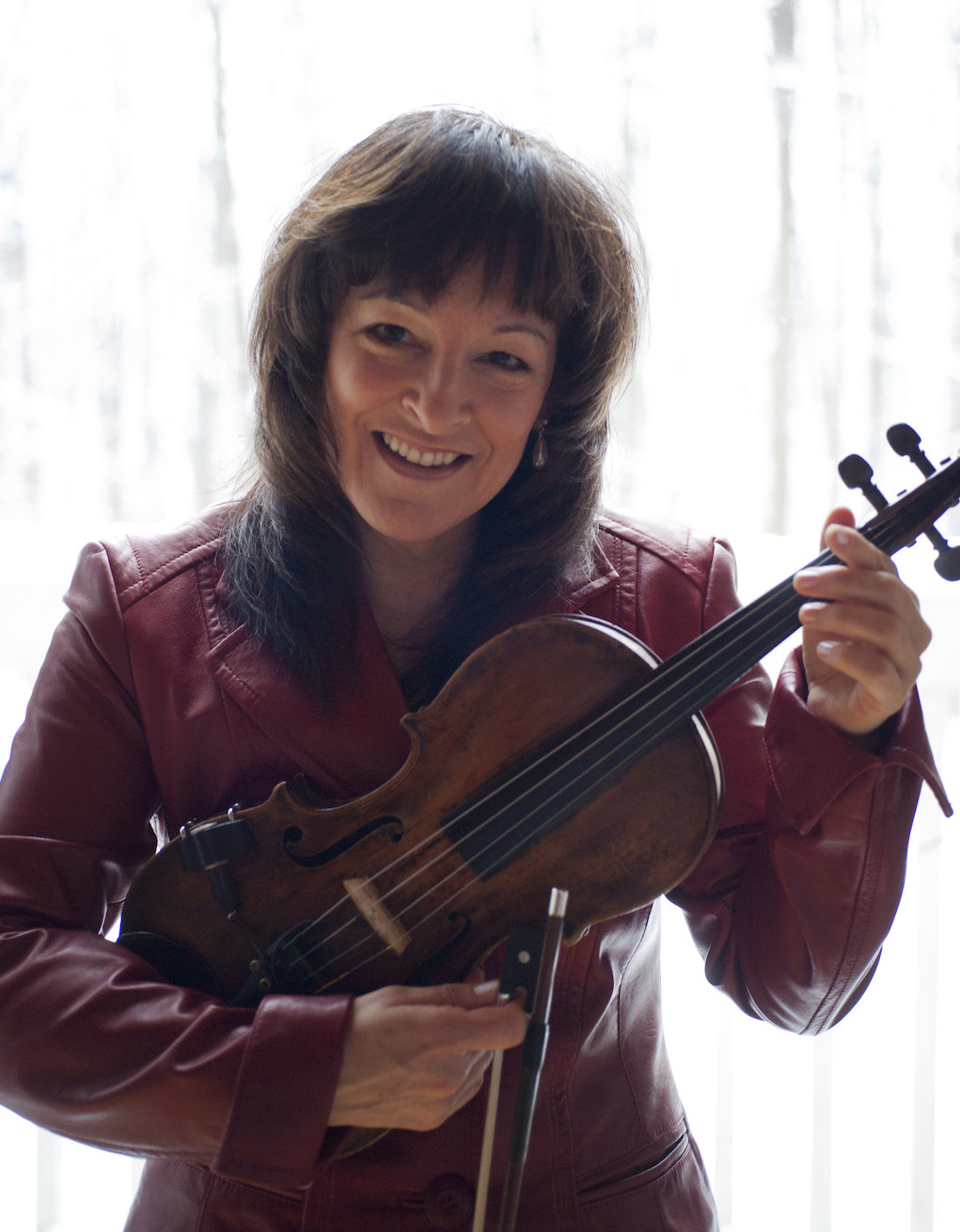 The colours were amazing on the Cabot trail! Can't wait to return :) Cindy Thompson - Fiddle and Stepdance

The colours were amazing on the Cabot trail! Can't wait to return.

A clip of the fun we had playing the contra dance at Almonte Celtfest!

Posted by Cindy Thompson - Fiddle and Stepdance on Thursday, 2 September 2010

Posted by Cindy Thompson - Fiddle and Stepdance on Friday, 20 August 2010

Cindy's two recordings, in the past, have both received critical acclaim and airplay on local, national and international media including radio stations across Holland, France, Australia, The Netherlands, Ireland and England. Cindy’s fiddling draws from Irish, Scottish, Cajun, Country, Bluegrass and Canadian Old Tyme fiddle styles.

Cindy has also received positive and enthusiastic reviews in such media as Sing Out! and Dirty Linen magazines and also Country Music Round-up - Britain's number one Country Music Newspaper and Country Circle - the best known country music magazine in Germany, Austria and Switzerland.

Through the Gates is a beautiful album where Cindy says a special thank you to her father, William Forrest 'Bill' Thompson who enabled her to emotionally capture the spirit of a beautiful slow melody. This recording is also dedicated to the memory of John "Jack" Thompson, Cindy’s uncle who followed and supported her on so many musical adventures. You can listen and buy her music below. 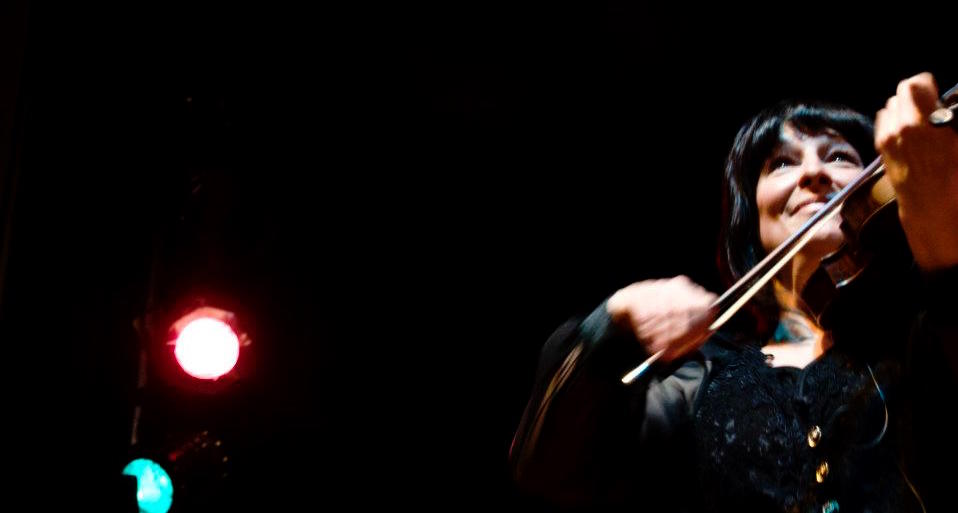 Hope you can join us!! See you there. 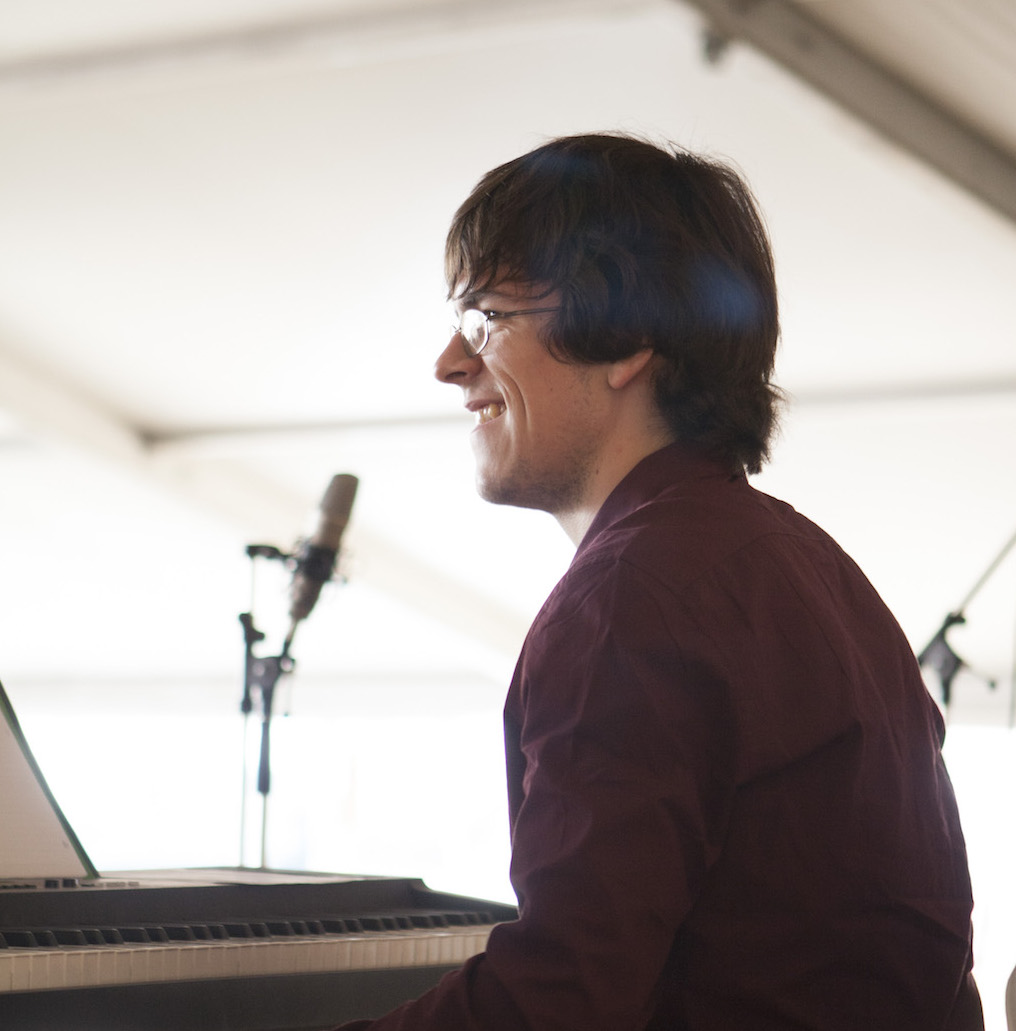 Specializing on the keyboard, Jake Butineau's diverse, innovative and natural style has been praised by all who have worked with him. He is a music honours graduate from York University and has a broad range of experiences in music. Jake works as an independent composer for media and has also taught music lessons for theory and piano accompaniment.

Cindy teaches lessons in the Ottawa Valley, and has students all across Canada.

Cindy is a dedicated fiddle and step dance teacher with over 40 years teaching experience. Cindy has taught thousands of students throughout her career. She possesses a knowledgeable history of fiddle music that stems back to her roots. Along with teaching beginner and advanced students, her studies in Early Childhood Education have helped her to work with children as young as 3½ years old!

Cindy's teaching is full of spontaneity, enthusiasm, fun and musical excellence. She believes that the art of playing music is achievable for anyone and respects the skill level and individual needs of each student.

She finds the best approach through personal interaction and technical versatility to achieve their personal goals.

Cindy has been an instructor at the Orangeville Fiddle & Step Dance Camp for many years and inspires everyone she works with to aspire to their fullest potential. Cindy has a lot of energy, a lot of knowledge, and works very hard to make the camp experience unforgettable!

For more information about lessons, or to schedule a lesson please email Cindy at: fiddle.cindythompson@gmail.com 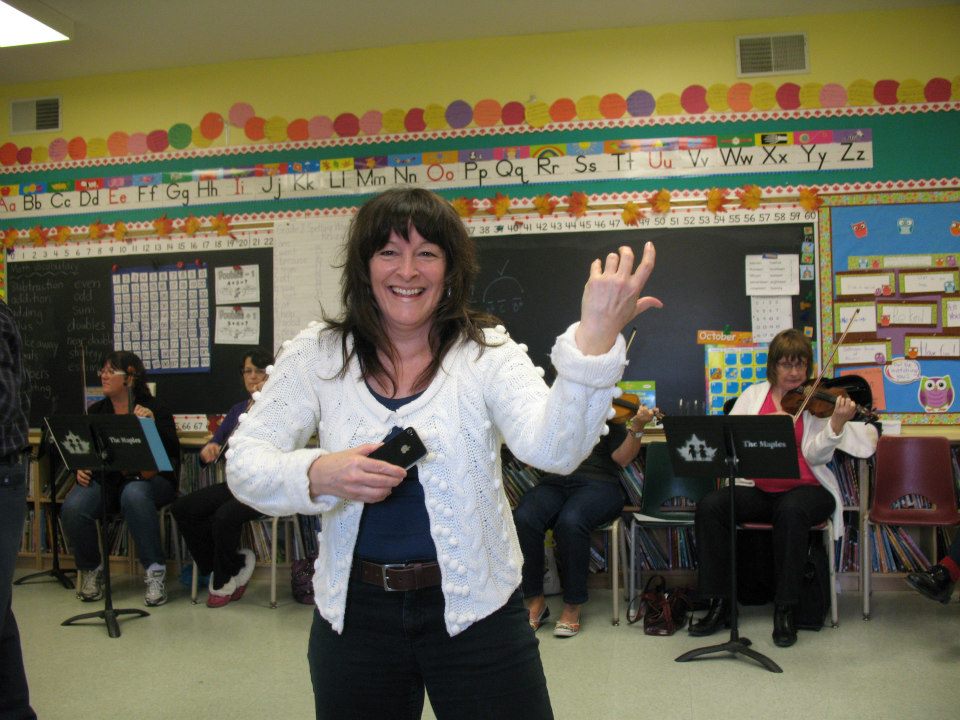 Had an awesome concert featuring this year's instructors!!

For more information about: 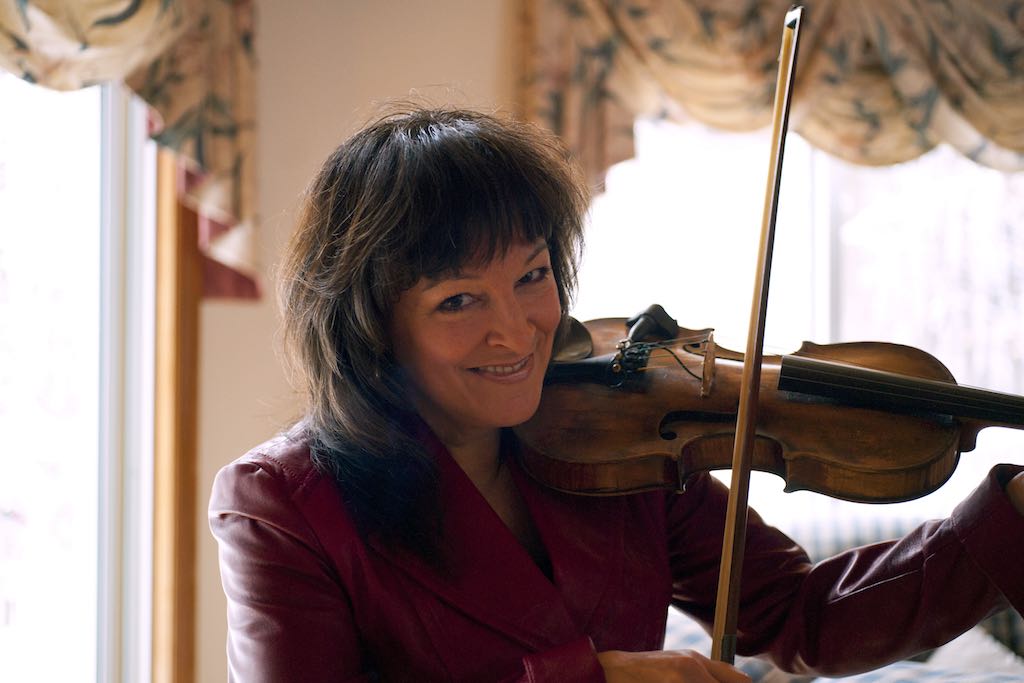 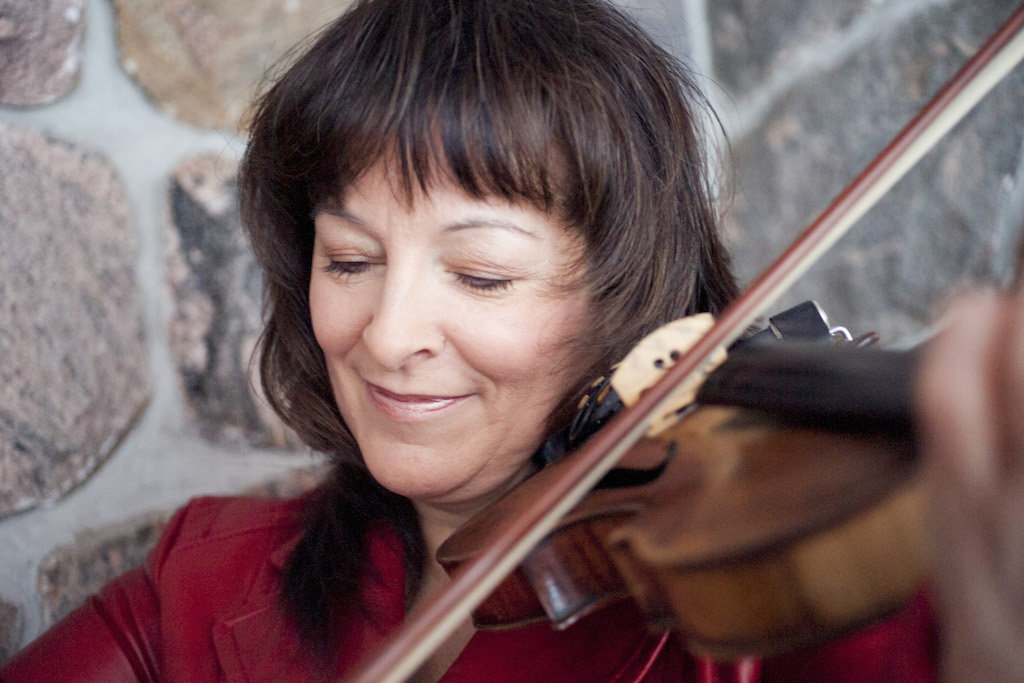 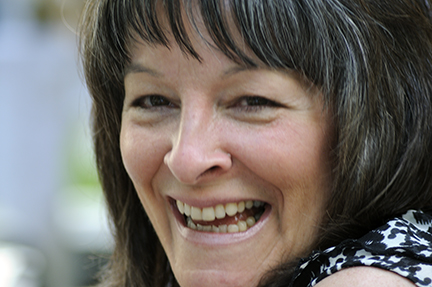 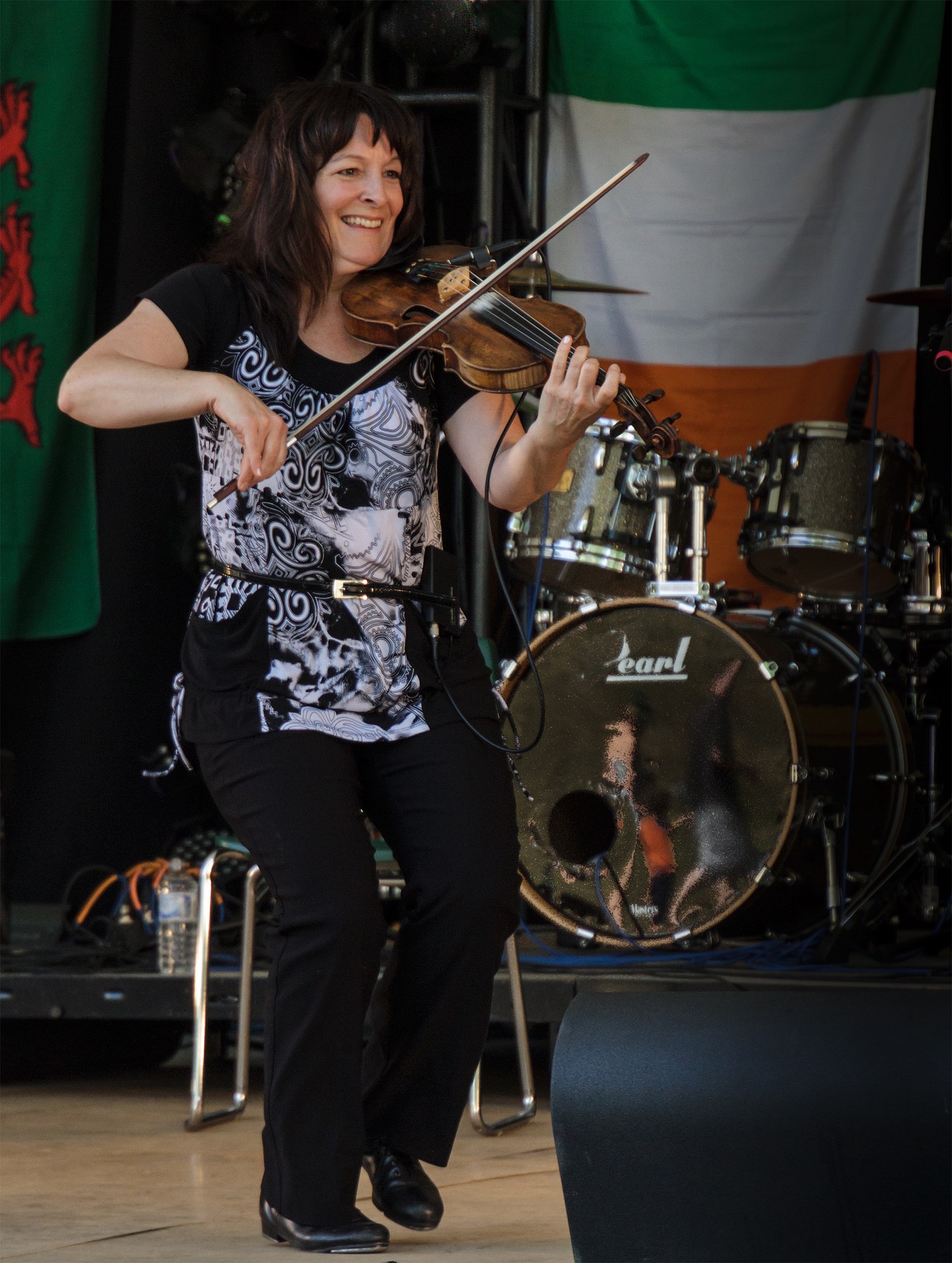 Cindy Thompson on the stage at the 2015 Almonte Celtfest. — Photo by John Rayner.